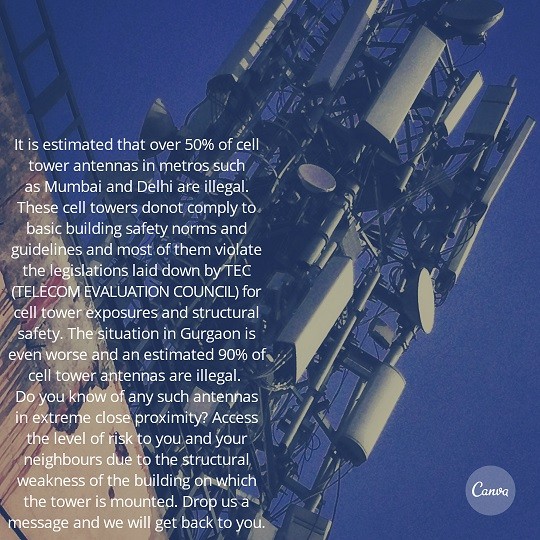 Brightsandz specializes in RF audits and shielding. In most of the cases, people ask us this question – Are cell towers really harmful? Here’s our 2 cents of understanding on this subject

We demonize the cell towers just because these are the most visible sources of radiation. What about the mini cell tower at our homes? The WiFis. What about the micro towers that we carry on us almost 24 hours daily – our smartphones. As per our understanding, more than 60% of our RF exposures are due to WiFis and our own cellphones. Is that worth worrying about?

To objectively answer this question – Are cell towers really harmful?

Here is an example of a cell tower cluster with multiple antennas. It is uncomfortably close to the premise that we assessed. The antennas are in line of sight and within the primary lobe of radiation. Therefore, in this case the premise is under serious threat from this cell phone cluster

Conversely, here are some risks from WiFi and Cellphone radiation

Dont freak out at the sight of a cell phone tower. There are multiple factors such as distance, line of sight, angle between you and the tower, number of walls or obstructions – that need to be considered. A cell phone tower is not necessarily the greatest evil – the cellphone in your pocket is actually a  bigger mischief maker!