Why you should bother about your Cellphone SAR value?

Why you should bother about your Cellphone SAR value?

We often neglect to assess Cellphone SAR value as a key attribute before a cellphone purchase. It is time that should change.

A car company evaluated buyer preference for features before buying a car. The buyers mentioned look and feel, comfort, luxury, economy as key features. However, sad enough, no one mentioned safety as a key consideration during purchase of a car. The same holds true for cellphone purchase. The user evaluates by screen size and quality, video and sound, memory and speed, look and feel. Sadly, we do not prioritize the final most important feature in a cellphone – its SAR value.

What is SAR value?

SAR is Specific Absorption Rate, and is measured in Watts/ Kilogram. Put simply, it indexes the amount of radio-frequency radiation emitted by the cellphone. Higher SAR value implies higher per unit radiation from the phone. You can check the SAR value of your phone by dialing *#07#.

Cellphone SAR value is measured in an isolated environment. The cellphone is held at various common positions next to the head and the body. The laboratories use standardized human body models filled with liquids. These liquids simulate RF absorption characteristics of human tissues. Additionally, the cell phone is tested at the highest rated power of its radio in all its operating frequencies. Thereafter, a robotic probe takes a series of electric field measurements in precise pattern and configuration. To be doubly safe, only the highest probe measurements are taken for consideration.

There are 2 different scenarios for measurement of SAR values. The first is using the mobile phone on the ear, next to the head. The second scenario is for mobile phone operation, by use of a Handsfree or Bluetooth, where the mobile phone rests against some part of the body. Example in this case is that of the phone being carried in the pocket,

Is the Cellphone SAR value adequate?

Low Cellphone SAR value does not translate to less radiation absorbed during usage. Radiation absorbed by users is dependent upon multiple other factors. However, Cellphone SAR value rating is still a very important compliance mandate for all mobile phone manufacturing companies. Till 2016, mobile phone makers had the option of reporting SAR values from measurement distances of upto 2.5cm between the body and the cellphone. However, real life mobile phones use cases are at distances significantly lesser than 2.5cm. Therefore, SAR values reported at 1.5cm or 2.5cm distance was evading the truth. Over last 2 years, the system of measurement of SAR has been made uniform. Therefore, SAR values are more credible today, than, they were in the past. 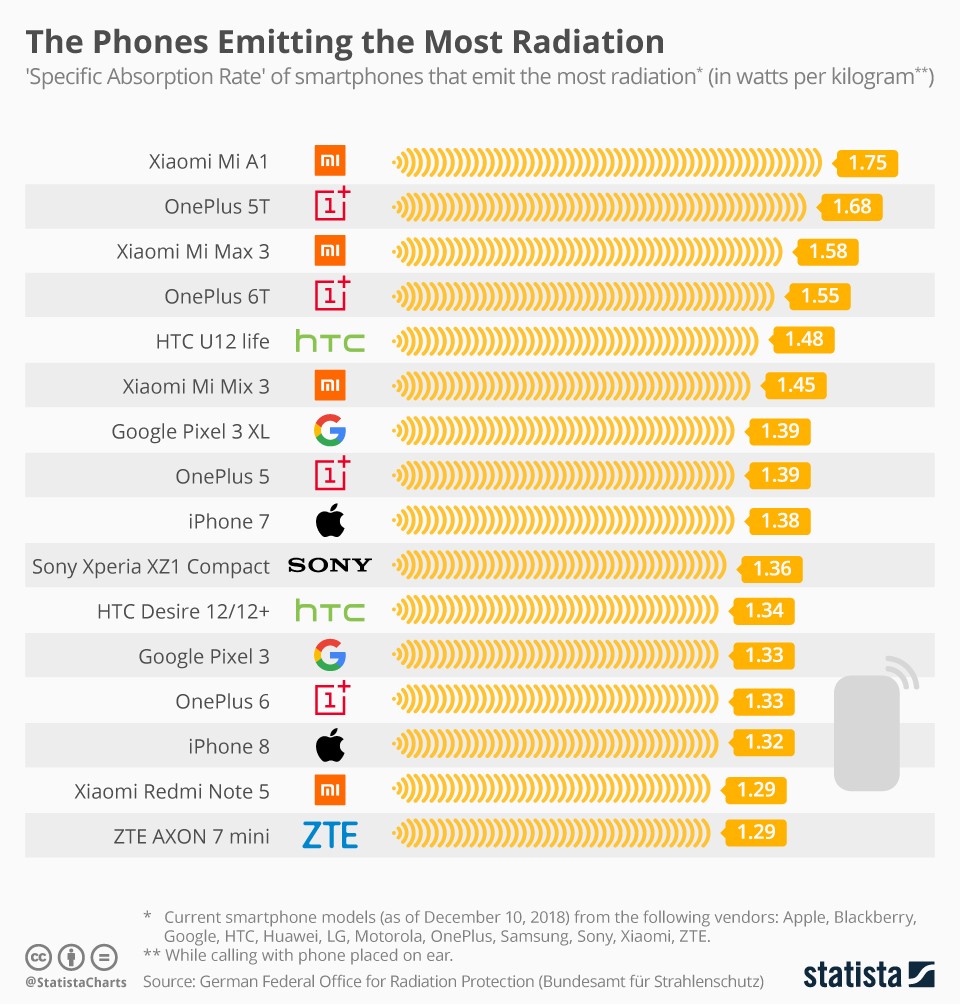 This list of cellphones released by German Federal Office for Radiation Protection (Bundesamt für Strahlenschutz) have been identified to have the highest SAR values. 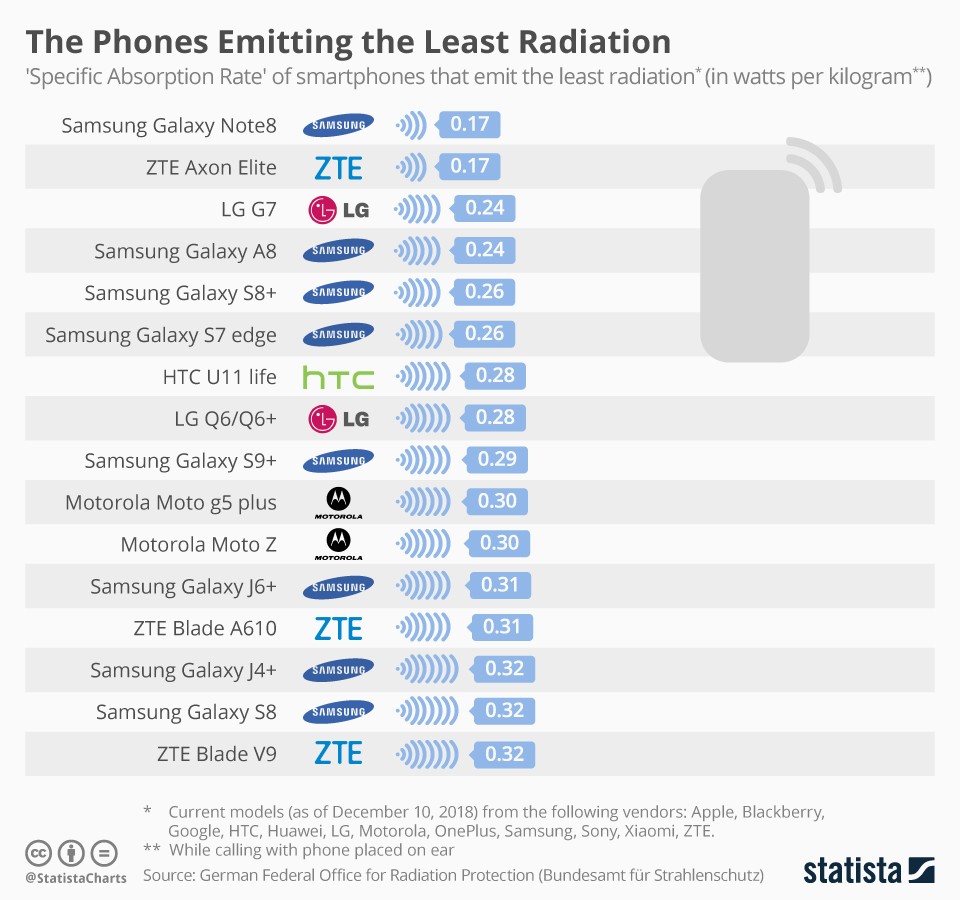 So what happens if a phone is high on SAR?

Cellphones are associated with various health problems in us which include sleep disorders (insomnia), headaches, restlessness and irritability, concentration problems, memory loss, depression, hearing loss and tintinnabulation etc. More severe reactions include seizures, paralysis, miscarriage, irreversible infertility, and cancer. While, children and pregnant ladies are more vulnerable – the effects apply to a large breadth of users.

The Interphone study report in May 2010 mentioned that use of mobile phones for more than 30 minutes/day over sustained periods of time ( 8 to 10 years) is suspected to have doubled/quadrupled brain tumor risk. A similar premise, metric and observation was provided by All India Institute of Medical Sciences (AIIMS) in their study released on February 20th 2017.

As they say, safety begins at home. The irony is that, while users and buyers pay all attention to other attributes and features, SAR is nearly always given a miss. So the next time, you are purchasing a phone or making a decision, please take into account the SAR rating of the phone. The reason being that it is just better to be safe, no?

Are mobile phones dangeroushealth risks of mobile phonesHow dangerous is a high SAR value in mobile phones?Is SAR value harmful?Safest CellphoneSARSpecific Absorption rateWhat is the best SAR value?What level of SAR is safe?Which phones give off the most radiation?
Brightsandz