Home Uncategorized What is the safe distance of living near high voltage power lines? 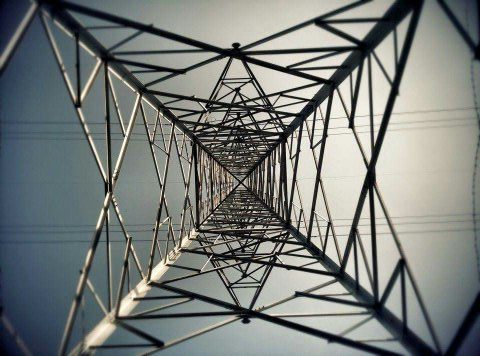 Do you stay near a high voltage transmission line? Or a transformer? Or an electric train line? Are there are domestic power lines very close to your house? If the answer to any of these questions is yes, then you should spend the next 5 minutes reading through this article.

Is it safe to live near power lines?

ELF radiation from power lines is harmful to the body. It is known to cause headache, dizziness, fatigue and insomnia. This leads to hypertension, irritability, listlessness, decline in energy levels, obesity etc. Therefore, even while there is no scientific evidence, ELF radiation is a health hazard. Hence, it is not safe to live near power lines.

But, there is legislation for safety from these power lines.

Most of the safety legislation around power lines are included in patch of land on both sides of the HT power line. This is called “Right of Way”. Right of way is an allowance of land around the power lines where no human habitation should be allowed. In most cases, it is the land 20-23 metres on both sides of the HT power transmission line. Power distribution laws dictate that this land is left alone. This is to accommodate any accident that can cause a current carrying power cable falling on ground and risks of electrocuting, thereof.

Therefore, the right of way does not account for concentration of ELF radiation in the area around the current carrying conductors.

ELF exposure due to proximity to a high voltage power line depends upon 2 things.

As a rule of the thumb, the higher the current through the conductor wire; the higher is the ELF radiation that it produces. Therefore, a domestic supply cable produces lower ELF than a power distribution cable.

As a second rule of the thumb, the further you move away from the conductor, the lower is the ELF radiation that you are exposed to.

First we give the relevant definitions related to this model. 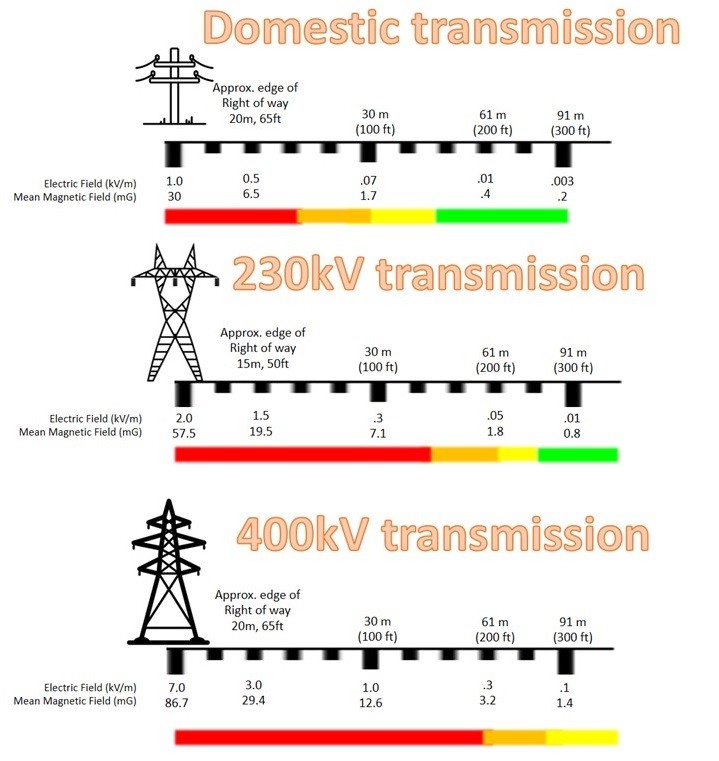 We indexed the readings against EPA threshold and Building Biology compliance standards. Please note, that the readings were taken that people living near high voltage power lines spend at-least one-third of their day in their homes. Therefore, effect of ELF radiation is a significant health risk.

Most noteworthy, the right of way is just an index with little or no relevance to ELF radiation exposures. Hence, if one were to look at safe values – you need to be atleast 50 metres away from domestic transmission and 100 metres for 230-400KV transmission lines.

Please note, that in many instances, effects of ELF radiation are not immediately visible. They take time and always start as slight and innocuous – a nerve pain, a giddiness, slight fatigue, a lighter sleep. Overtime, these can increase significantly. Sometimes, it pays well to exercise precaution.

(Last but not the least, If you found this article helpful, share it. Leave us your comments or queries. Disagree if you will – but let us know. It would be great to hear it from you)