Is 5G a threat to airline safety?

Home 5G Is 5G a threat to airline safety? 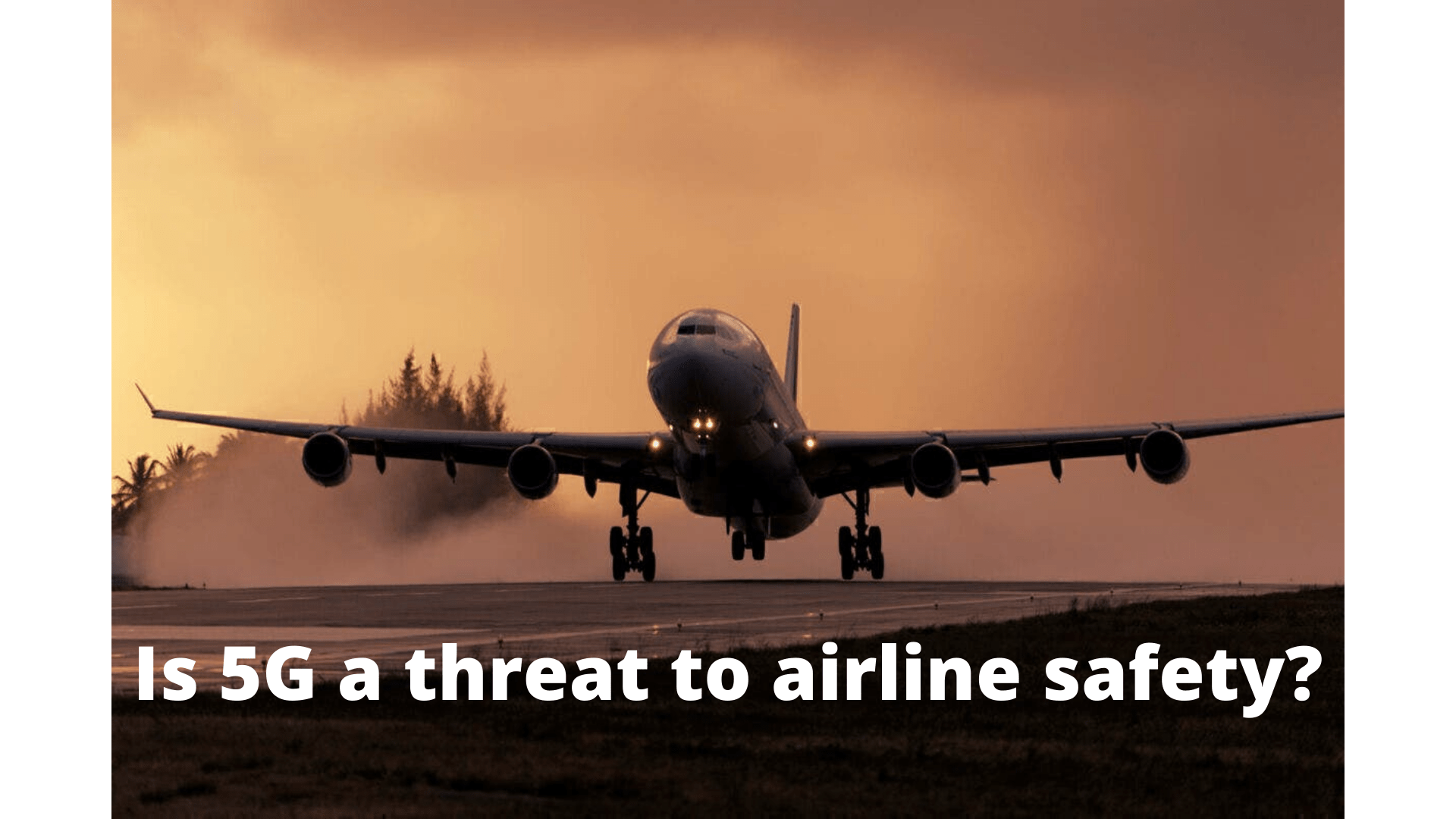 On 25th January 2022, Federal Aviation Administration (FAA) issued an airworthiness directive (AD) whereby prohibiting Boeing 747-8, 747-8F and 777 airplanes from landing at airports where C-band 5G interference could occur. This is due to the fact that, many flight and landing systems in these aircrafts rely on the altimeter. For instance, such systems include flight safety critical systems such as auto-throttle, ground proximity warning, thrust reversers, traffic collision avoidance systems. Consequently, AD affects 1714 airplanes worldwide. In light of this development, many major airlines have partially reduced and changed the number of US bound flights. This includes Emirates, British Airways, Air India, Lufthansa, Japan Airlines, Korean Air, Cathay Pacific, China Air and others. The list of Airports in question include JFK (New York), San Francisco, Orlando, Ontario, Chicago, Dallas, Cincinnati, Cleaveland, Detroit, Philadelphia, Pittsburg, Salt Lake city and more.

There has already been a fair deal of scare mongering about the 5G radiation and its impact on humans and the over-all eco-system. While some fears are well founded, many are too far stretched by any measure of reason and rational. Therefore, before, we have (misguided) visions of 5G snatching airplanes out of the sky; it makes a compelling case for stating facts.

The physics in question.

This advisory by FAA has been provided by 5G deployments near the airport in C band. The two key terms here are “near” and “C Band”.

Altimeters in Airplanes are used in most cases for assisted low-visibility landings. Aircraft radar altimeters operate within 4.2–4.4 GHz. C-Band operates within 4-8 GHz. Between 3.7–4.2 GHz is where the combination of the range of signal transmissions and capacity are optimum. Therefore, at around 4.2 GHz, the Radar altimeters signals and the 5G C-Band signals could have an interference. This interference could cause data corruption, data delay, data loss in the aircraft approaching the runway. Given that airplane landings cannot have the tiniest margin of error – any such interference can lead to fatal crash.

A key take away from this point is that C-band 5G has the capability for altimeter interference and impacting airplane safety. There are multiple bands for 5G implementation globally and not all 5G bands are a risk.

The question of distance

As we walk away from a source of radiation, the radiation intensity drops. This holds true of 5G C-Band Telecoms as well. US telecom operator, Verizon demonstrated a radial distance of 600 metres for decent signal reception in a crowded suburb of New York city, Queens. Therefore, distance / nearness is a very critical qualifier for the interference effect from 5G C-Band on Airplane Altimeter Radar signals. Given that airplanes for most part of their flights operate at 35000 ft/ 10000 metres / 10 kms, it is unlikely (extremely!) that 5G implementation on earth surface will pluck airplanes out of the sky or cause major accidents. C-Band 5G radiation is only a risk near the airports.

Is 5G a threat to airline safety?

Therefore, in light of all the current facts, it can therefore be concluded that-

1. Only C-band 5G poses a risk to airline safety

2. The safety risk is only near airports

4. Only some airplanes face this risk. At the time of writing only certain Boeing airplanes were known to have this risk. These airplanes constitute 10% of the US fleet.

Airline and Telecommunication ministries at least in US are collaborating to create regulations that prioritize airplane safety. However, C-Band implementations are also in works for many other nations in the world. Ergo, the case study of US C-Band 5G and Airplane safety can be a global text book case. There are many other nations which intend to launch commercial 5G networks on C-Band. Consequently, they will have to exercise caution.