EMF Radiation and its impact on Autism 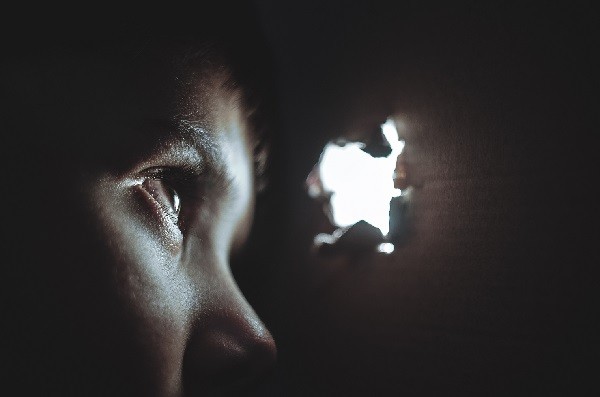 Does EMF and wireless radiation exposure cause Autism? Is it just a coincidence that the number of Autism cases in India (and globally) have spiked just corresponding to the proliferation of electronics, domestic appliances and wireless communication technology in our homes?

The pace of technology absorption at home has increased in last 2 decades. (If you reflect back on your childhood, chances are you would remember far lesser number of gadgets at home those days). This has led to more numerous EMF radiation sources in our homes. Therefore, this has created denser electromagnetic radiation in our homes.With the advent of smart city, smart home, internet of things and sensor networks – we are adding ever increasing sources of EMF Radiation in our life spaces.

In an earlier blog, we had covered the effect of EMF radiation on modern day epidemics including Cancer, Alzheimers, Parkinsons, Infertility and Autism. This blog is about the rising footprint of Autism in India. Additionally, it addresses the rising evidence linking EMF Radiation to Autism.

Autism is a cognitive disorder that deals with the development of the brain. These types of disorders vary in degree and severity. It is manifest in multi level anomalies around a child’s social interaction, verbal and non-verbal communication, speech delay and movement repetition. (See the full list of symptoms of Autism here)

Why is Autism a cause of concern?

Till a few years back, Autism was less frequent, often rare – infact negligible. However, the incidences of Autism, are becoming widespread. Therefore, central agencies on disease managements in different countries are beginning to call this a crisis. We present a few Autism facts for India –

Consequently, India presents a very grim picture in terms of Autism numbers when compared to other nations (with public data sources on Autism)

Autism numbers in US

Incidences of Autism in US in the 1940s were 1 in 100,000. In 2009, US health data showed this incidence to be 66 in 10,000. To summarize, in 7 decades incidences of Autism in US had grown 660 times. Furthermore, studies by different medical experts have linked the increase in Autism numbers to increase in microwave radiation exposure in children.

In India, there is lack of concerted data. Therefore, we stacked some empirical numbers on instances of Autism and increase in urban tele-density (mobile penetration). While there are multiple sources of EMF Radiation – the main one that seems to have increased in a span on 10 years is cellular technology. The numbers tally, albeit empirically – showing some signs of cause and effect relationship between EMF radiation and Autism.

EMF and wireless radiation exposure cause Autism – Studies that support.

Autism affects at a very early stage of brain development. Initially it was thought that the reasons for Autism were genetic or chemically induced in the body (due to vaccines etc). This in some form is partly correct as well. However, new studies provide more perspectives.

Lifestyle Factors leading up to Autism

In the near future, our exposures to sources of EMF Radiation will magnify. For the most part, internet of things, connected homes, smart cities, sensor networks will intensify the EMF radiation around us considerably. Possibly, that is when the high risk premium will be taken into consideration by the public consciousness. Consequently, that is when we expect to see action on preventives. Correspondingly, by then most of the pandemic prophecies would have realized themselves. Given the billions of revenues and profits riding on the nature of such projects, expecting the government or federal bodies to take a stand in favor of public health preservation would be foolish. Therefore, it is left to our means of prudence, precaution and prevention to reduce our exposures to EMF radiation for us as well as our families.

To reduce EMF radiation exposures in your family (with a child or a expecting mother), or if you have an autistic person in your home, a few small lifestyle tips go a long way.

EMF radiation in your home and outside of it – has a negative health effect on an autistic kid. It keeps giving the sensory overload on the brain cells of the ASD victim, not providing the recovery time. Hence, a very important aspect of Autism therapy is a conscious isolation between sources of EMF radiation and the victim.

Brightsandz  is a venture that deals with Electromagnetic shielding products and solutions. We are not anti-technology (or may be we are). Instead, we believe in creating awareness in terms of technology and its effect on humans and on the ecology. In addition, blind sided use of technology without adequate understanding creates a dis-balance in terms of health effects there-of. Awareness and precaution can help reduce health stress impact of technology.